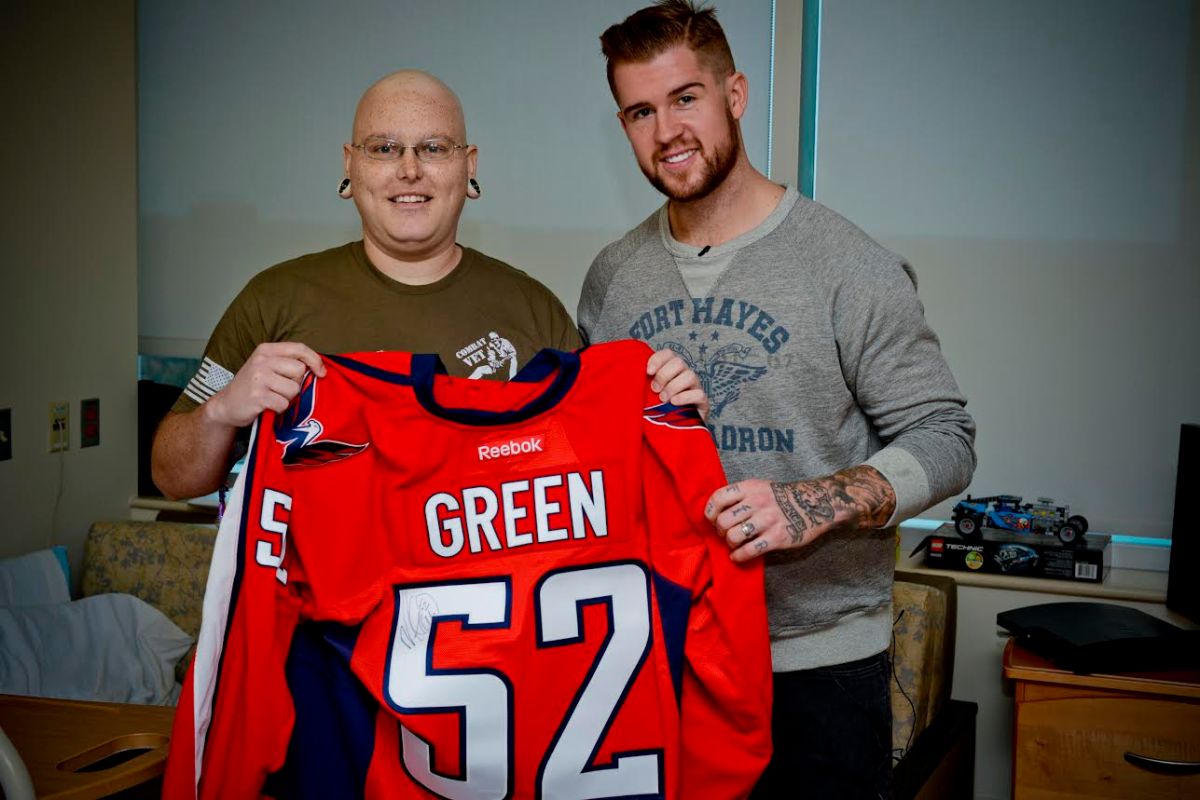 When Bobby Hicks returned from the wars in Afghanistan and Iraq he didn’t expect to have another battle to fight. A devastating diagnosis of Leukemia left Bobby and his family wondering what the future would hold or if he would have a future at all. Too add to the Hick’s family’s woes, their already problematic HVAC system and water heater gave out just as winter season was beginning. With no where left to turn, the family reached out to the Michael & Son Cares Program.

“When the Hick’s family’s story was brought to my attention, I knew we had to help” said Basim Mansour, Proud Son & Owner of Michael & Son Services. “Here’s a guy who gave so much for his country and asked so little in return; I not only wanted to help them with their home repairs, I wanted to do something really special for Bobby.

The Michael & Son Cares Program and Monumental Sports center had worked in conjunction to plan a special surprise day at a Washington Capitals game for Bobby and his family. When an extended stay at the hospital for intensive treatment foiled those plans, The Cares Program and Monumental Sports decided to bring the Washington Capitals to Bobby. When Bobby Hick’s woke up Sunday morning he didn’t think he would be meeting is idol and star defenseman for the Washington Capitals, Mike Green. Taking time from his busy schedule, Mike Green surprised Bobby at Fairfax Hospital with a signed jersey and skates. It was a moment Bobby and his family won’t soon forget.

Not to far from the Hicks family lives the Schaidt’s and their daughter Jada. Born with complications to her cardiovascular system, Jada had undergone multiple surgeries and lived with a pacemaker since birth. When the families HVAC system stopped working, the family faced a dire situation. Because of Jada’s condition, maintaining a comfortable climate in the home was essential. Faced with financial difficulties due to other health issues within the family, Jada’s mother reached out to the Michael & Son Cares Program. Find out what happens next on Helping Hands, this Saturday at 7:00pm on NBC! Also like us on Facebook, follow us on Twitter and subscribe to our YouTube Channel for more updates on Helping Hands!

Michael & Son - Taking it to the Streets!